Hello class. It's me. Again.

This lesson we looked at a second Browning poem - "Porphyria's lover". At the beginning of the lesson we read the poem and Sir asked us to interpret it's meaning and possibly try to identify what sort of relationship Porphyria and her lover have. There were several possible suggestions for this, for example:
The two characters are in a relationship
Porphyria is married and the speaker is her lover
Something/someone (society) is stopping Porphyria from being with her lover because factors like class and status
There was also a suggestion that Porphyria and her lover

However as we read further into the poem we found that in fact Porphyria's lover could be someone who she looks after, like an elderly disabled person for instance, a person who relies on her but has enough strengh to strangle her. We also recognised that he/she (we never find out the speaker's gender) has a fetish for Porphyria's hair, as her "yellow hair" is mention on several occasions.
Sir explained that fetishes were something common for Victorian society as they were quite severely repressed and channelled their desires in private.
Another interesting thing about the poem in the fact that "Porphyria" is the name of a popular illness that was around in Victorian times, the symptoms of which include sensitivity to light, paleness and excessive hair. Therefore a reading of the poem could be that the lover is defeating his illness by killing Porphyria.

Towards the end of the lesson Sir asked the class to draw abstract pictures that would represent some part of the poem and also give them a suitable pretentious, artsy name. They were all very lovely, unfortunately we did not photograph them, so links are not available. 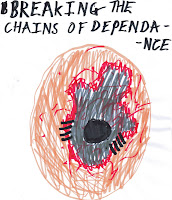 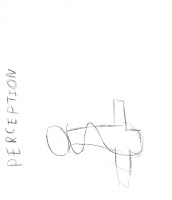 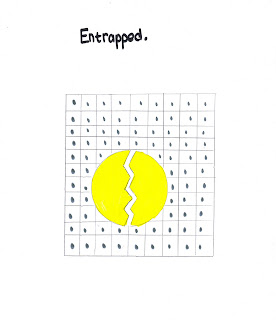 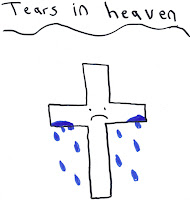 Now for the fun part!
Since we took ages doing everything else we have double homework.
A.How does Browning tell the story in “My Last Duchess”
B."The disturbing behaviour of both the Duke and of Porphyria’s lover makes it impossible for the reader to sympathize with them."
How far do you agree?

I hope you all enjoyed the blog.
Much love,
Aleksandra.
Posted by Anonymous at 07:29